It seems Ed Currie, owner of Puckerbutt Pepper Company and creator of the Carolina Reaper pepper, which Guinness proclaimed as The World’s Hottest Pepper, is not ready to stop there!

According to a WBTV interview with Ed Currie, there may be a new contender for the title.

HP56 weighs in at almost 3 Million Scoville Heat Units. The Carolina Reaper’s hottest SHU rating is between 1.5 to 2.2 Million. Ed’s working on perfecting the pepper before submitting it for record consideration. By now many have heard about ‘Pepper X‘, which has not yet officially tested at a higher scovilles than Ed’s Carolina Reaper.

“We are getting flooded with questions about our new pepper that we are hoping will be the next Guinness World Record®. I am hoping this will clarify some of your questions. As you all know, we started the HP series of peppers in the early 2000s. The Smokin Ed’s Carolina Reaper® was the first of the line to be released and we let the community know then that we were holding others in our back pocket. What is temporarily being called “Pepper X” is a result of that breeding process. We are testing this year’s crop and “The Last Dab™” in side-by-side testing so that the numbers will not be disputed by Guinness or the community and we do not go through what we went through with the last record. There is no release date for the seed stock, nor will there be until this process is complete and the record is secured. No peppers will be sent to anyone for review and there are no tours of the farm where these are being grown. Opposed to the speculation of media and gossip, we have released no information on the data other than the Hot Ones show. When it is all buttoned down, the information will be released to everyone.” 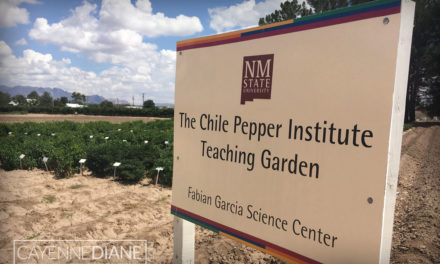 About The Chile Pepper Institute and NuMex Peppers